Unique beauty, fascinating geophysical characteristics (two of the islands are active volcanoes!), a wealth of history, great beaches, stunning views, and mouthwatering cuisine … Despite all this, the Aeolian Islands (Isole Eolie) remain fairly unknown out of Italy and surprisingly unspoiled outside the peak weeks of August. There are seven inhabited islands in this volcanic archipelago, each offering its own distinct atmosphere, sense of hospitality and charm. 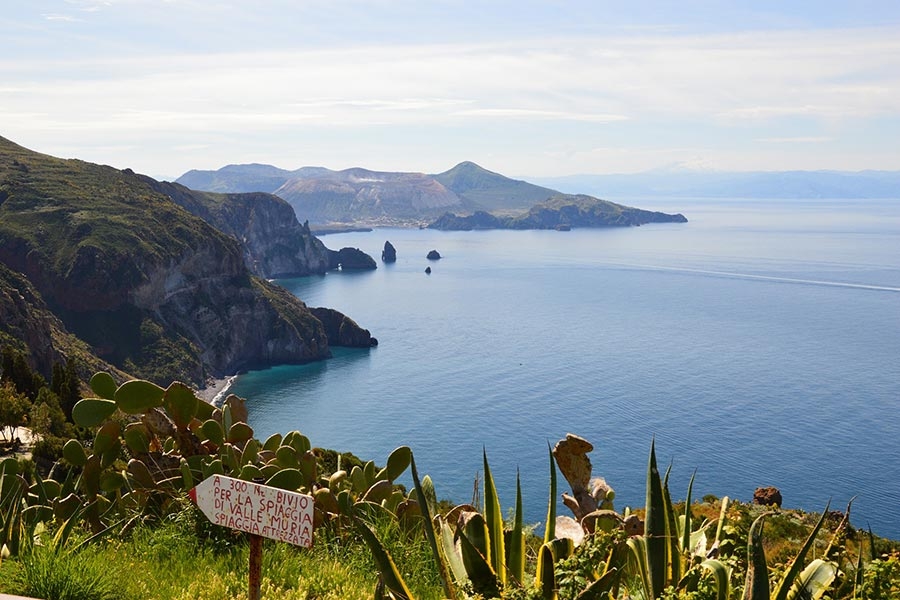 Departure from Tropea at 7.45H

Board a motorboat for a pleasure cruise to the picturesque Aeolian islands. Visit Stromboli, known as the lighthouse of the Mediterranean, due to its perpetual activity and watch the famous Sciara del Fuoco out at sea. Discover Lipari, the largest island with its historical port district and the 16th-century castle complex towering over the main town or take part in a sightseeing tour by bus (optional). Vulcano is the natural spa island, with bubbling mud pits and fizzy warm waters where you have time to relax and swim.

Stromboli:
Dramatic Stromboli, in permanent eruption, maybe the most famous and spectacular of the Aeolian Islands (Isole Eolie). It is certainly one of the most active volcanoes in Europe and well worth is a visit of the famous firewall called “Sciara di Fuoco”.

Lipari:
Lipari is the biggest and most popular of the Aeolian Islands. Historically, it has been the most important island over the centuries, since Neolithic times. The ‘must’ of the island is the “Museo Eoliano”, an impressive archaeological museum. It is housed in the buildings around the Castle, in the upper town of Lipari, still surrounded by old city walls. Also quite impressive are the white shiny pumice quarries directly overlooking the sea, giving the water an amazing turquoise colour.

Vulcano:
Vulcano, the island that gave its name to all volcanoes. As the legend tells, this island was the seat of King Eolio, godfather of the wind. Famous for its mud baths (‘fanghi’) and its still smoking main crater. Depending on the wind, you might be immediately hit by the characteristic sulphurous smell coming from the hot springs.